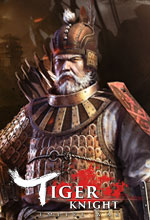 Tiger Knight: Empire War is a MMORPG game developed and published by NetDragon with Unreal Engine game engine which can be played on Steam, met gamers in 2016 year.

Due to the violence it contains, it is recommended for 16+ age gamers. It has High level quality and High degree playability.

Giving the joy by gathering Action, Historical, Strategy, War types and having rich content, it allows to make single or team based huge clan battles.

In order to get into the game and join in epic battles with real players, you can sign in for Tiger Knight: Empire War game, immediately download and create your character in the class of your choice.