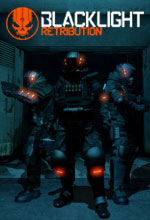 Blacklight: Retribution is a MMOFPS game developed by Zombie Studios with Unreal Engine game engine and published by Hardsuit Labs which can be played on Steam met gamers in 2012 year.

In order to get into the game and fight with real players, you can create your character by signing in and download Blacklight: Retribution.